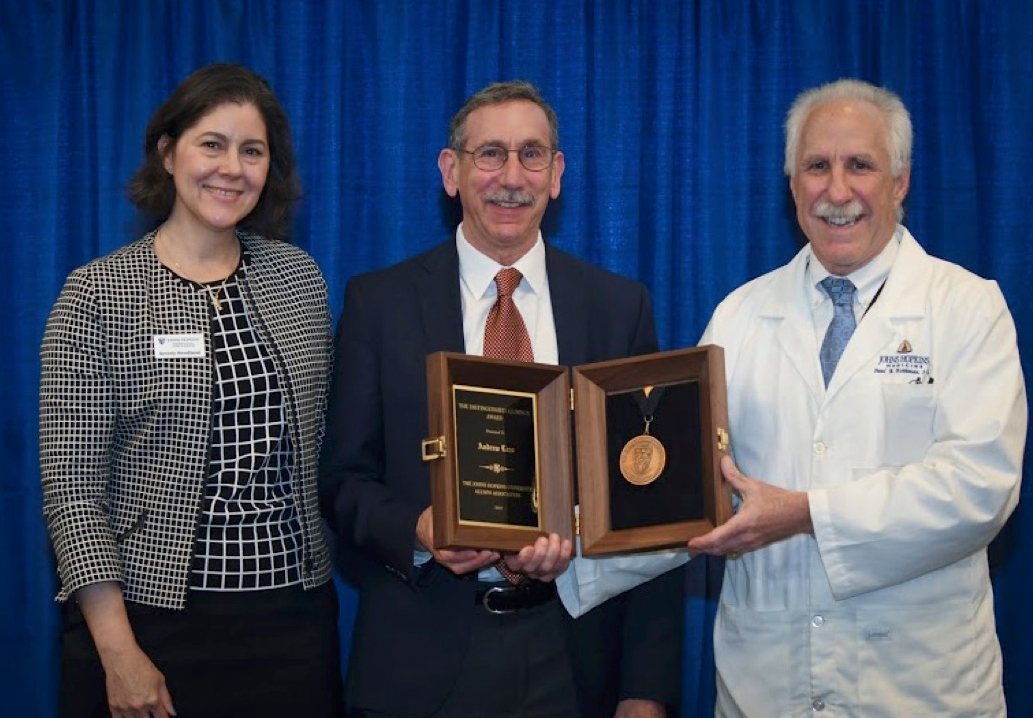 The Johns Hopkins Medical & Surgical Association will present Fina Biosolutions founder and scientific director, Andrew Lees,their “Distinguished Alumni Award”.  The award will be presented at theirannual Reunion & Alumni Weekend” on May 30, 2019.  The Award is being presented to Dr. Lees for his contributions to the field of conjugate vaccines and his efforts to promote affordable vaccines. These contributions include the development of CDAP chemistry which is being used in the Serum Institute of India’s pneumococcal conjugate vaccine, and the enabling alternative chemistry used for their meningococcal conjugate vaccine.  These will be the lowest cost vaccines for these indications.  In addition, his company has developed “EcoCRM®” a low-cost version of the conjugate vaccine carrier protein, CRM197.  Fina Biosolutions provided PATH a non-exclusive, royalty-free license for use of EcoCRM®in GAVI countries.

Andrew Lees is founder and scientific director of Fina Biosolutions, LLC (Rockville, MD), a company focused on promoting affordable conjugate vaccines by making the technology available to emerging market vaccine manufacturers.  Among his contributions in the field, Andrew developed an efficient linking chemistry which is widely used in conjugate vaccines, a class that includes vaccines for S. pneumoniae and meningococcal disease.  The chemistry has helped to reduce the cost of these vaccines.   Prior to starting Fina Biosolutions in 2006, he was Director of Vaccine Development at biotech companies Virion Systems (1993-1999) and Biosynexus (1999-2006).  He was also an associate research professor at the Uniformed Services University (1993-1999).  Andrew is now an associate professor at the University of Maryland School of Medicine Center for Vaccine Development (part-time) and an adjunct professor at the Uniformed Services University, Dept. of Medicine and at the University of Toledo, Dept of Chemistry.  He has over 70 publications and 25 patents, mainly in the area of conjugate vaccines.  He received his BS in chemistry from Harvey Mudd College in chemistry (1976) and his Ph.D. in Biophysics from Johns Hopkins (1984).  Honors include the UniformedServices Meritorious Service Award and Harvey Mudd College Outstanding Alumni Award.  On graduating from Hopkins, he was on the cover of Baltimore Magazine as one of “84 people to watch in ‘84”, due to his role as a leading Baltimore area magician.